Condensate or Boiler Blow Down contains energy that can be recovered and used to preheat domestic hot water, boiler feed water, or heat a separate fluid while cooling the condensate before it is dumped down the drain or returned to the boiler.

The HRS can be optionally supplied with a vent condenser to recover flash steam. Reducing the pressure of saturated condensate will cause a portion of the liquid to flash to low-pressure steam. The flash steam may contain approximately 10-40% of the energy content of the original condensate depending upon the pressures. Most often a flash tank is used to reduce the condensate pressure whereby the flash steam is vented and the energy content is lost. This lost energy can be recovered by piping a heat exchanger in the vent of the flash tank. 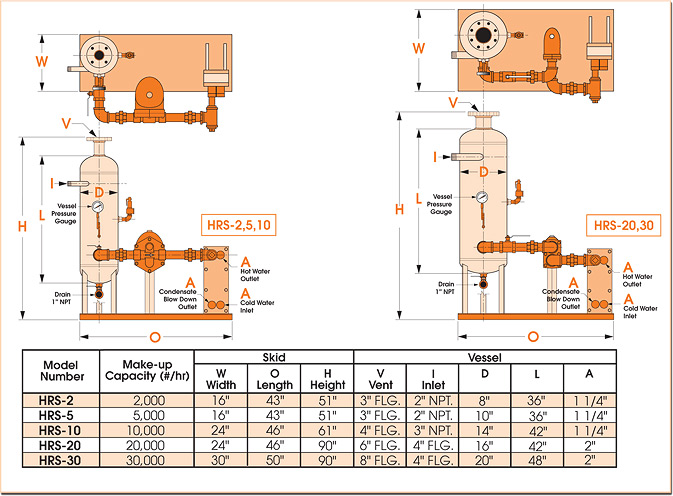